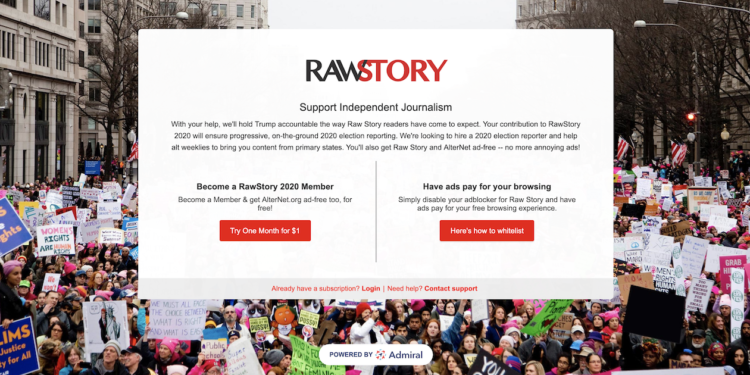 Raw story media is a media company that has been publishing an online newspaper “The Raw story” for quite some time. This newspaper focuses on providing insightful reporting of all the events that happen.

The Raw story reaches out to nearly 1.6 million readers each month and that is no mean feat. Their innovative thought process gives the readers a practical and detailed explanation of each day’s events.

Sensationalism in news is highly prevalent all over but Raw story hopes to make it slightly different.

Chairman and CEO John Byrne launched the newspaper in 2004 with a vision and there has been no looking back since then. Originally started in Boston the company now has editors and contributors in multiple cities of the USA like Washington DC, New York, Florida, Texas, Illinois, North Carolina, Georgia, and Colorado.

Though the Raw story focuses its attention on all matters of importance the most recently covered topics are Wikileaks, Judicial abuse and wiretapping amongst others.

Content creators of Raw story are present worldwide and the kind of news that is reported is not just limited to creating a sort of hype.

The people working at Raw story know that for news to be considered trustworthy the origin and the culmination of the news should be in a manner that leaves people convinced of its truth.

In fact to help in understanding the content the paper has separate sections devoted to technology, science, international and domestic affairs, and other important segments.

Now the Raw story is showing signs of expansion which is but obvious. The kind of content that is being created and provided needs more and better people to edit and publish.

This has led to a growing demand for contributors and editors who can work from home as well. Raw story is hell-bent on making an impact and the manner at which it is progressing the same is sure to happen sooner or later.

How To Work As A Virtual Assistant